I am Naila Mughal, based in the UK and have been working in the Bollywood industry for over a decade. I provide the best services for productions in the UK. 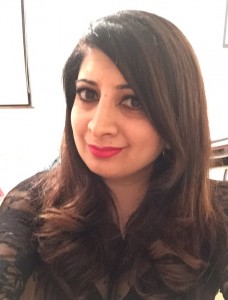 EXCLUSIVE AGENT FOR CINEYUG IN UK

I am Cineyug UK Manager and have been with the company for a decade. From working on Concerts, World Tours, Award Functions, Carnivals, Guest Appearances and Bollywood Films, I have gained much experience in the World of Entertainment. This expertise gives me the ability to carry out Artiste Management, Hospitality and Production, and handle all areas well. I have very strong relationships at all levels in the Bollywood Film Industry.

I am involved in Casting Lead Roles and Supporting Roles for many  Films shot in UK and India. Also I have been part of the Judging Panel on ‘Miss Asian Beauty Queen’ alongside Dino Morea which was televised on B4U, and ‘The Zing Thing Talent Contest’ televised on The Zing Channel. I was also involved in Auditions for “Chak Dhoom Dhoom” for Colors TV Channel.

I own a well established agency based in the UK, supplying Actors, Supporting Artistes, Models, Dancers, Performers of all nationalities and Make-up Artistes. I have worked on many bollywood films, which are all credited on IMDB. www.bollywoodcastings.com

I have developed good relationships in the Indian Film Industry and worked on a portfolio of Bollywood and other region films. I have gained much knowledge of Film Production through my experiences working on various Film Projects. I have many Associates in various fields in the UK, and I can negotiate very good rates.

My aim is to provide the film industry with the best services in UK and make it an experience to remember.