FOR EVENT ENQUIRIES AND ARTISTE BOOKINGS FOR UK AND EUROPE,

The momentum of India shining has propelled Bollywood to gain international audience, impeccable reputation and great accessibility with the boom of multiplex culture, television and internet.

Keeping with this trend, Cineyug plans to present to you ambitious projects with leading stars from the Bollywood galaxy.

We resolve to enthrall the global audience with this opportunity as all our previous blockbuster presentations like Arjun, Damini, & Raja Hindustani.

By staging over 1200 shows worldwide in a span of 25 years, Cineyug has given live entertainment, a full-fledged industry status in India.

Hum Ek Hain, a star studded show to celebrate Republic day 2001, was held simultaneously in 5 different cities in India on the same day, at the same time.

The Roshans , Hrithik Roshan in concert was witnessed by a live audience of 1,30,00.

Jeevan Jyot, held in the aid of Gujarat Quake victims had 105 top celebrities performing on stage. This mega event was planned and executed in just 8 days.

We have held charity shows like Shraddhanjali and Aye Mere Watan, for the army jawans affected by the Kargil conflict.

Temptations and Heartthrobs were held at over 30 cities throughout the world creating history and were sold out with the stadiums packed beyond their capacities.

Bharat Parva – The Festivals of India, a 7 day multi-starrer celebration of Indian Independence hosted by the Sahara India Parivar at Sahara Shaher, Lucknow.

Cineyug Telefilms has had a variety of clientele. From major commercial companies to channels and corporate houses, we have covered, edited and packaged events as well as co-ordinated and executed event related on ground activites in India.

Our clients taste and their satisfaction are of utmost importance to us. Thus, we create, direct and script television-friendly events keeping every detail of the clients specification in mind. 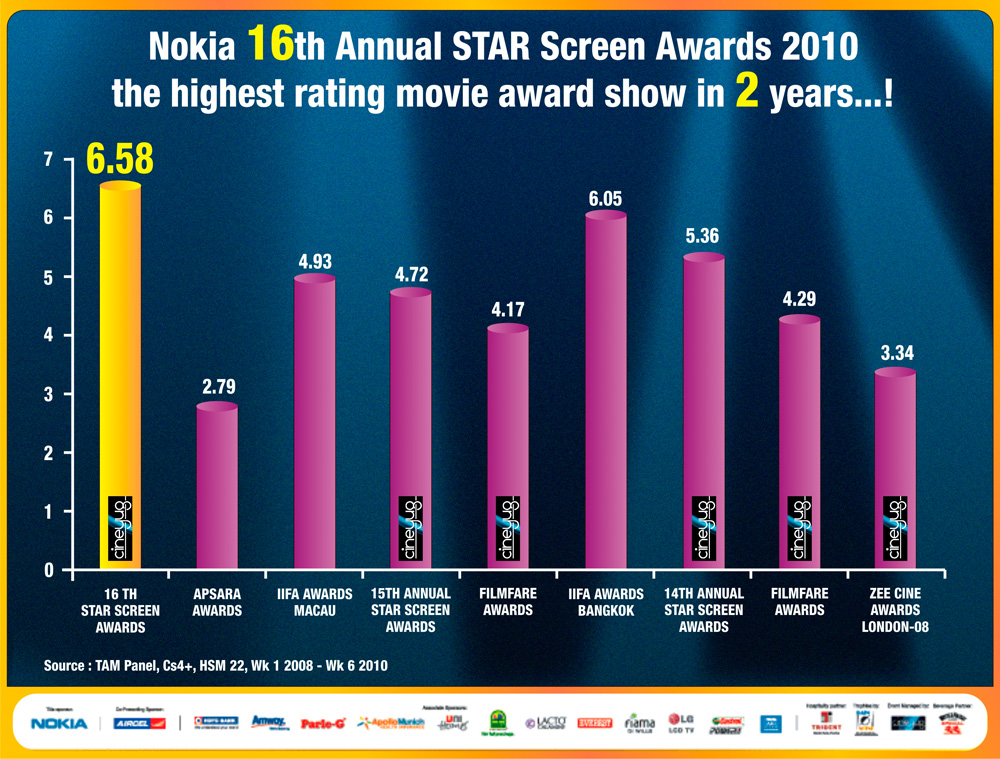 Of the ten most highly rated events on Television in the year 2010, 6 were Cineyug Events. One of these record breaking events was 16th Annual Star Screen Awards the highest rating Movie award show in 2 years.

Cineyug is proud to have been associated with almost every celebrity in the Indian film industry through our vast experience of 1200 live shows, film production, television production and ad film production. Our in depth knowledge of artiste management and our respect for a client’s requirements combined with our goodwill enables us to source the correct celebrity for your brand at an unmatched cost. We at Cineyug do not only help you build your brands, we lay the foundation of enduring bonds.

Over the years, the Cineyug Talent Co. has endorsed , managed and promoted brands such as:-

There is no smoke without fireworks, not for the Moranis at least, THE PREMIER FAMILY OF FIREWORKS IN INDIA.

We engineered the way to introduce Pyrotechnics and thus paved the way for sophistication of organized fireworks dispalys in India. The Moranis hold a virtual monopoly in the country for spectacular Pyrotechnic displays. As the only professional specialists in fireworks in India, we are well equipped to execute pyrotechnics and special effects for your events and promotions customized to suit your budgets.

Our in-house resources are dedicated to making our client’s brand relevant by constantly evaluating new opportunities as we have the reach and skills to connect with consumers at every moment of their lives. We are a one-stop-shop to our clients by offering strategic as well as execution support for all marketing communication activity devised or desired. We cater to all budgets and tailormake events & promotions to suit our client’s objectives.